How Does Blockcerts Revoke a Certificate?

One thing I don’t understand is how you can revoke a certificate that has already been written to the blockchain? I.e. if it is immutably written, how can it be undone? Does it just write a different entry to say the original certificate is invalid?

Revocation is one of those features that has some complexity, and will evolve going forward. Here is an in depth post about it:

Does this imply that once a certificate is revoke it cannot be reinstated?

> The individualRevokedList is what allows for individual credentials to be revoked. Anyone can append an item to this list, which can be seen as a claim. 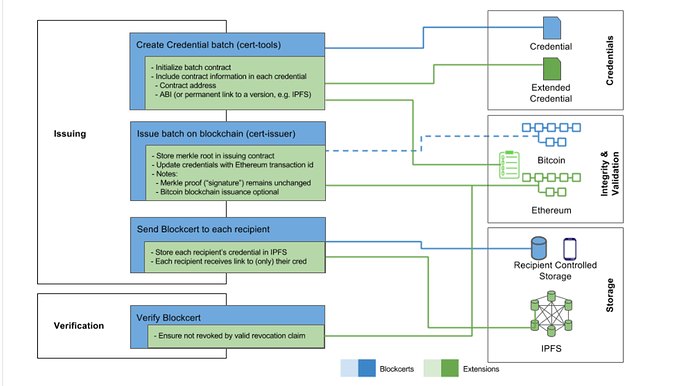